Reductions In The Corporate Tax Rate 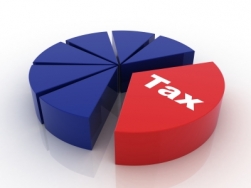 According to the budget papers, this will deliver a lower tax rate for around 870,000 companies that employ more than 3.4 million workers.

The turnover threshold will then be progressively increased and ultimately all companies with a turnover of $1 billion or less should have a flat tax rate of 27.5% by the 2023/24 income year. In the 2024/25 income year, the company tax rate will be reduced to 27% and then be reduced progressively by 1 percentage point each year until it reaches 25% in the 2026/27 income year. 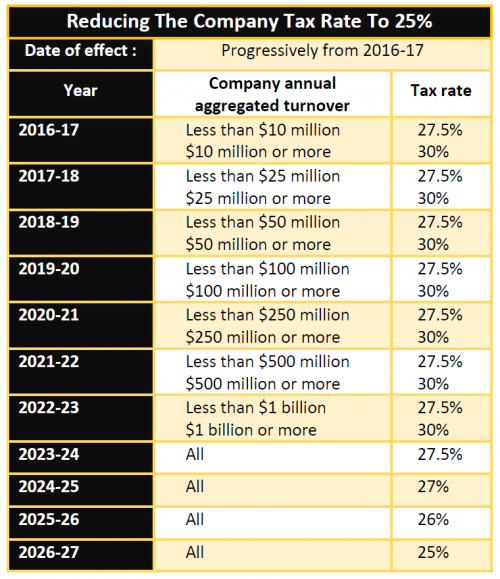 These measures introduce the first significant company tax cuts in over a decade, with the last one occurring in 2001 under the Howard Government.

Franking credits will be distributed in line with the rate of tax paid by the company.

Other articles in this edition:

IMPORTANT DISCLAIMER:This newsletter is issued as a guide to clients and for their private information. This newsletter does not constitute advice. Clients should not act solely on the basis of the material contained in this newsletter. Items herein are general comments only and do not convey advice per se. Also changes in legislation may occur quickly. We therefore recommend that our formal advice be sought before acting in any of these areas.